Examining the senses one by one

Three days of exploring the mind and the senses through questions, reflections on scientific literature and hands-on experimentation. Is it the same thing to eat grass as it is to smell and eat it at the same time? What is disgusting? Does sound influence flavour?

In July 2016 Mugaritz joined forces with neuroscience and psychobiology specialists Ignacio Morgado and Margarita Martí, both from the Autonomous University of Barcelona (UAB), to organize a seminar on sensorial perception and culinary art as part of the University of the Basque Country’s (UPV) summer course programme.

For three days, scientists and chefs gave talks and led workshops on the different senses that shape the gastronomic experience, giving rise to questions such as: What is more important, flavour or texture? How does our sense of taste work?

Fifty participants tasted and compared different products, from gelatine to potato crisps seasoned with glutamate. They also tasted artificial blood and learned how the taste of apple cider is perceived differently before and after eating a piece of artichoke. A range of subjects were discussed in the various sessions, including how the brain processes and perceives different sensorial stimuli and how taste and smell, the so-called ‘chemical senses’, are relayed to the brain differently from sight (vision) and sound (audition). The participants saw how a piece of music by Russian pianist Sergei Rachmaninoff enhanced certain nuances in wine and how genetics determines the perception of flavours.

These sessions were mirrored months later in the first symposium connected to the Brainy Tongue project. 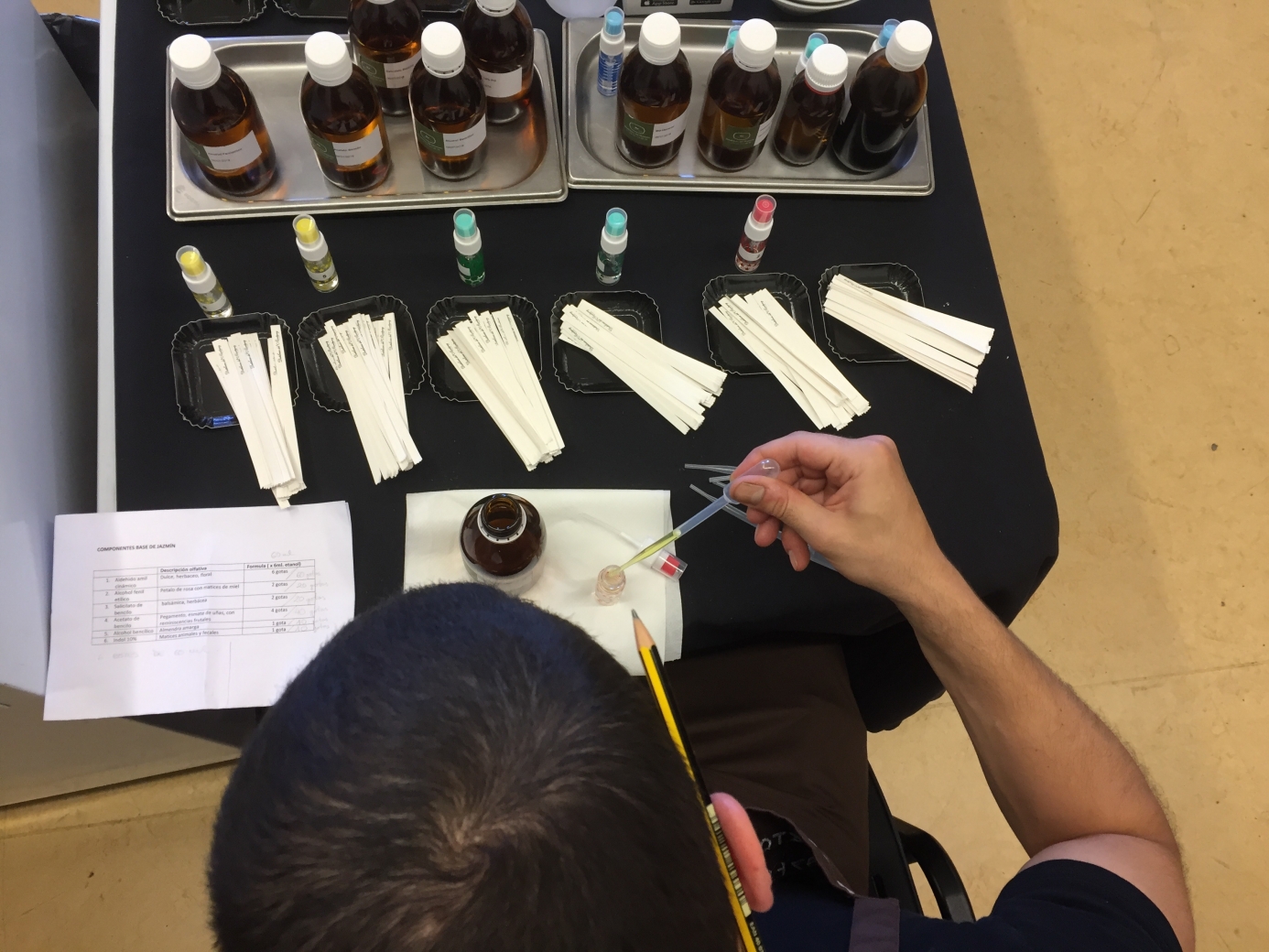