"As absurd as it may sound, one day we decided to order a little kombucha and scoby online. It arrived by regular mail, sealed in a Ziploc baggie, and included a photograph with Ikea-like instructions for making it at home. We set to work and thought we had done it on the first try. We tried it and burst out laughing. Our lips puckered: it was clearly inedible. The smell of rancid vinegar made the air in our R&D department unbreathable. Ramón, of course, was not happy until he had mastered the technique and he even made a “cave” just for himself in which to put what he was discovering into practice (at Mugaritz there is no longer a dessert station, but we do have a station devoted to fermentations).

The growing madness around kombucha has a lot to do with its organoleptic properties (its variety of flavors, its freshness and its delicate effervescence due to which its consumption is replacing that of the usual soft drinks) and with the acids, amino acids, vitamins and probiotics that lead it to be considered a healthy beverage. Chefs tend to be interested in the fermented drink, but we pay attention to what grows on it, to the scoby, which at first is very fine, but swells little by little until it resembles a jellyfish. Although replicating it seems simple, assigning it culinary uses beyond the obvious ones can be as demanding as it is unexpectedly exciting.

Ever since we observed that the scoby could grow on different surfaces and flavors, we gave free rein to our trials. We grew it, for example, on strawberry purée: we inserted it into a mixture of sugar and freeze-dried strawberries, and the result was a sort of pink and psychedelic confection with an intriguing

We cut it into small rectangles to cover servings of cream and began to serve it without silverware, seeking to have our diners submerge themselves in the dish “with their whole bodies.”

We found out that in Asia there were people who used kombucha as a coagulant in drinks made with soy. We tried to do it ourselves, without imagining that the most interesting thing would not be the soy beverage, which we managed to curdle, but the translucent, aqueous and acidic scoby that grew on top. We extracted it, cut it into pieces and used it to wrap an anchovy marinated in garlic oil in such a way that when it was eaten it would bring to mind the bar snack that is so classical in our country, anchovies in vinegar.

Some time after, we had the luck to welcome Sandor Ellix Katz to Mugaritz and see him get excited about things he maintained he had never seen before.

This filled us with a new enthusiasm and led us to intensify the research with which we address this continually expanding universe of possibilities.

In the most unexpected places on our menu it is easy to find kombucha.

Right now, we are working on growing scoby in some other ingredients. Sometimes it works. 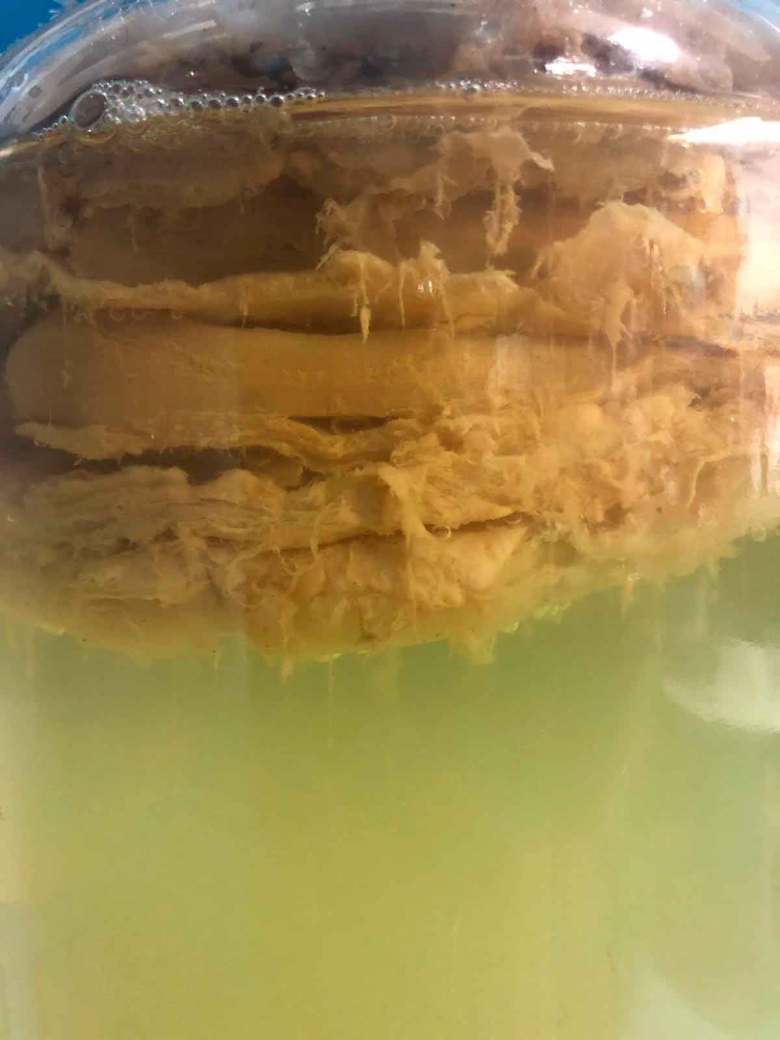