The first edition of the Tabula collection came out in 2000. Featuring contributions by historians, artists, anthropologists, and writers, the aim of the collection of books is to reflect after-dinner conversation in print by presenting cross-disciplinary perspectives on a given theme.

The second book in the collection features salt cod, a star ingredient in Basque cuisine. A range of different disciplines such as literature, architecture, science or history are represented through written contributions from writer Manuel Vázquez Montalbán, architect Iñaki Begiristain, researcher Christian Coulon, historian Selma Huxley and golfer José María Olazabal, among others.

Tabula Bacalao was awarded Best Publication in Spanish in the Fish and Seafood category of the Gourmand World Cookbook Awards, Best Book of the Year by Lo Mejor de la Gastronomía in 2004, and a Mention of Honour by the Art Directors Club of New York, among others. 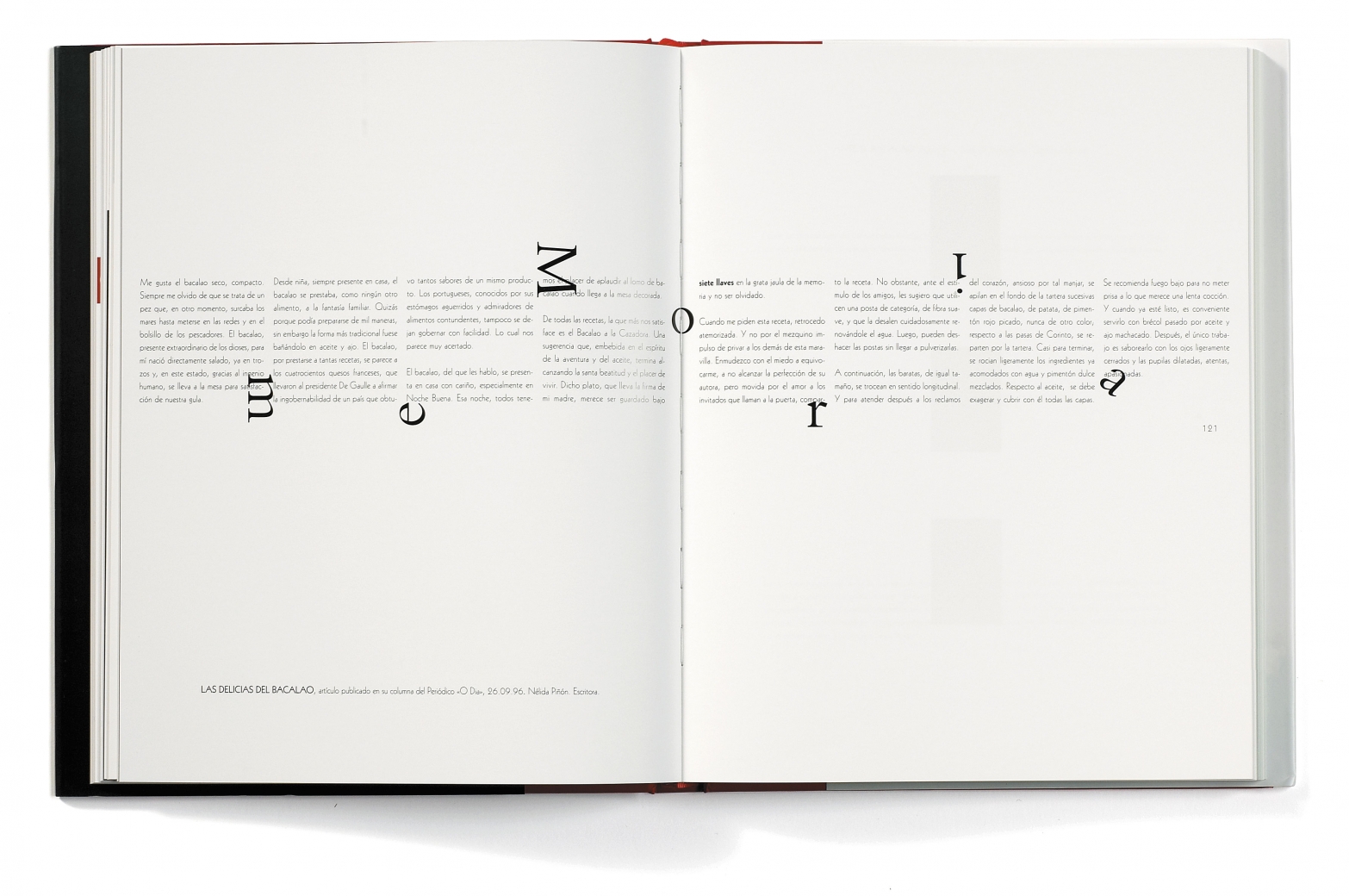