The sound of a bite

In 2018 Mugaritz celebrates its 20th anniversary by delving into gastronomy as a multisensory tool that can amplify perceptions, going one step further by exploring the possible connections touch, music and gastronomy.
With a glass globe, a strange bite  on a wooden base and cultural sounds activated by the touch of that food, creativity and technologies are placed at the service of diners' experimentation and interaction with each other through music.
A bite that acts as a sensory trigger, not only activating taste, but also hearing and touch. It is above all an enhancer of human interaction, as the sounds made by each diner intermingle with those of other diners at the same time, creating an unique impossible harmony.
Eating with the hands becomes here not only a sensory amplifier through touch, but the formula for experimentation and, with it, for social interaction. To recapture that white gaze of childhood, the capacity of amazement. 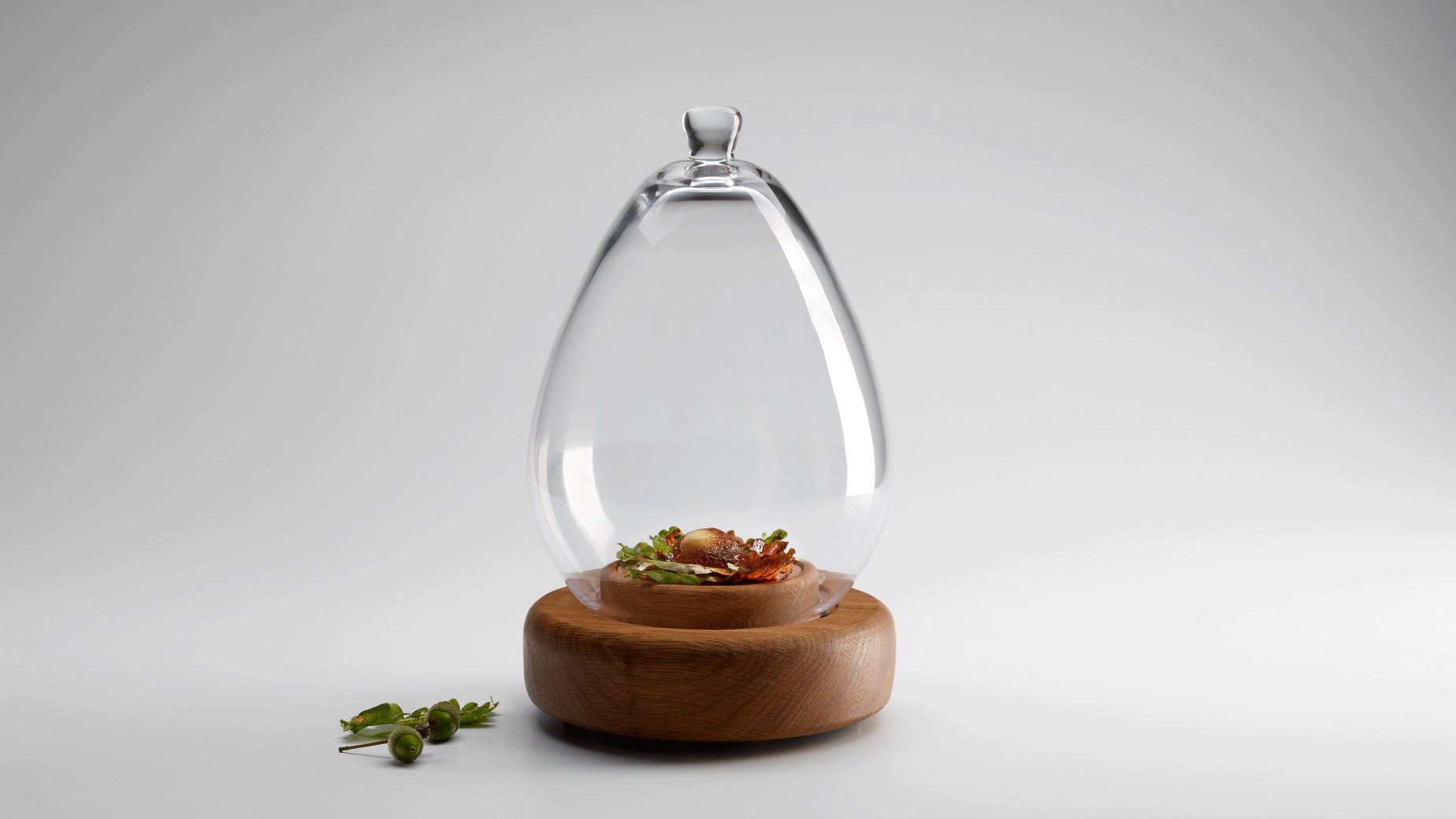