Eggs symbolize perfection. For us, they contain our history.

Cooking eggs to perfection was an obsession at Mugaritz for a long time. Through trial and error, we progressed from empirical research to scientific reasoning until we eventually managed to control the cooking temperature exactly.

Reaching this level of expertise enabled us to experiment further, and look for new challenges. In 2009, we used a silicon mould and a sweetener called mannitol to serve what looked like an empty egg shell. We were invited to give a presentation at MIT (Massachusetts Institute of Technology) in 2014 so we showcased how we created the dish.

A few months later, we received a scientific article from Pedro Reis, a researcher at MIT, on materials and how to handle thin coatings. Based on an idea from our broken egg shells, his research team had used silicon polymers to develop a solution for a similar problem.

The experience at MIT reminded the Mugaritz team of the potential of cross-disciplinary knowledge-sharing for producing novel solutions to simple problems. We returned in 2016 and shared further experiences with researchers from different fields. 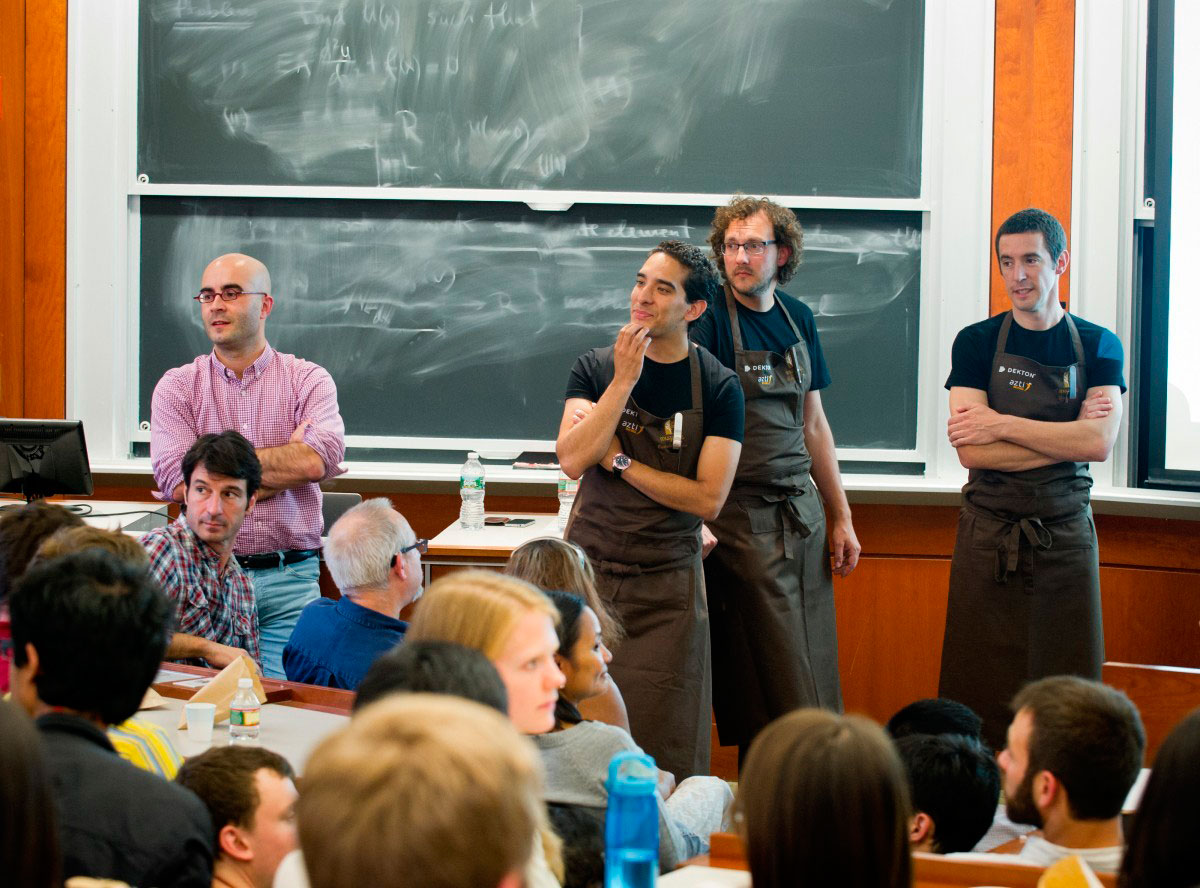