What?s wrong with playing at the table?

A mouthful of exquisite caviar, but there’s only enough for one. Why not play a game to see who gets it?

“Table Game” is the perfect example of how an idea at Mugaritz can trigger a chain of interdisciplinary initiatives. Oriol Comas, a games developer, was invited on board to do some research into knucklebones, a children’s game which is similar to jacks and was traditionally played by children on the street using lambs’ bones.

At Mugaritz, the lucky, skilful winner of the game of Tortoloxak (knucklebones in Basque) was treated to some luxury Per Se caviar, served on a fine porcelain knucklebone made specially for this culinary performance by artisans in Arita, Japan.

La Fura dels Baus made a short documentary film about the game of knucklebones, featuring the history and disappearance of Japanese porcelain in Europe in the 18th century.

Stop/start playing with your food. 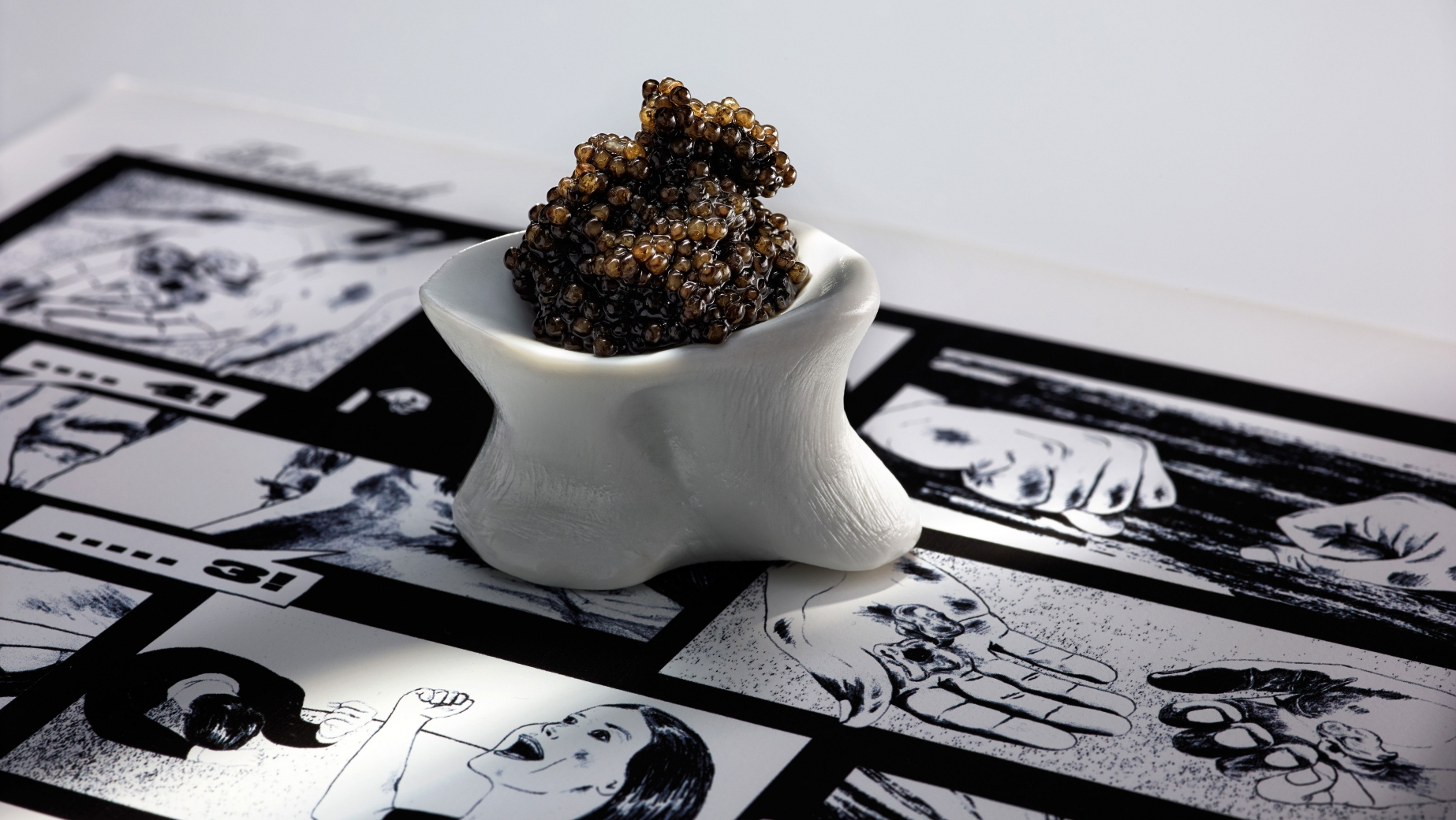