Nature oozing from every pore

In 2004 Mugaritz prepared a dinner called “Sentido orgánico” as part of Stravaganza Mediterránea. The team took a Basque forest to a Barcelona hotel, titillating guests not only with flavours, but also with ideas, concepts and creativity. We had to use what we’d learned about botany and the information gathered to complete the book Clorofilia, published that same year.

The menu gave city dwellers the chance to reconnect with nature as they dined on vegetables served on head-shaped porcelain vessels inspired by a Brancusi sculpture and created by designer Santos Bregaña for the event. The courses were paired with cold, warm or steaming hot aromatic infusions instead of alcohol.

The guests were told that the water in their glasses came from streams near the cave of Zugarramurdi in Navarra. Zugarramurdi, they were told, is famous for the witches’ coven held here in the 17th century and used by the Inquisition as proof of heresy. Stories of witches (sorgiñak in Basque) are an important part of Basque mythology. Lamias (siren-like female creatures with duck feet) would come to the streams to drink the water. So, instead of drinking plain water, the dinner guests would be imbibing water steeped in legend. 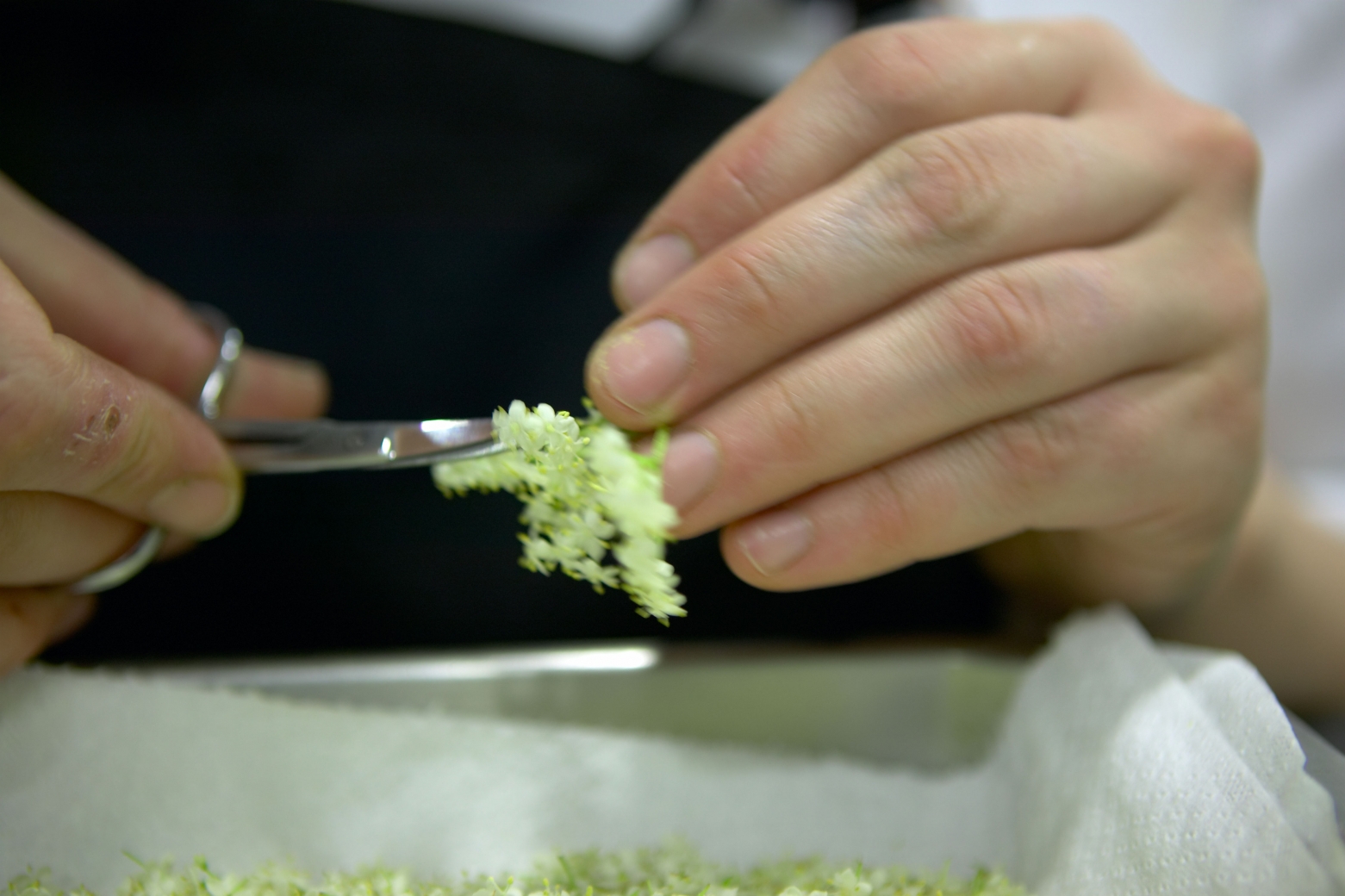