Nature and imagination taken to their ultimate conclusion

Seventy-five years after the death of Hungarian ornithologist Gyula Madarâsz, Andoni Luis Aduriz and illustrator José Belmonte interpreted Madarâsz's writings and visually recreated his creatures, taking take them to their ultimate conclusion and to the place where every true animal that exists ends up: in the pot.

Madarâsz's notebooks contained over 150 animals, 30 of which were interpreted for this book. A companion exhibition was held at the Koldo Mitxelena cultural centre in San Sebastián.

The Hungarian's work, which is sarcastic, passionate and imaginative, showed us what to do: scrutinize what is obvious, scratch at it and turn it over as many times as you need to until the stone emits a spark. As the Tuholi, the tribe that he so greatly admired, say, "the man who is patient must know how to cook a stone until he makes it speak." 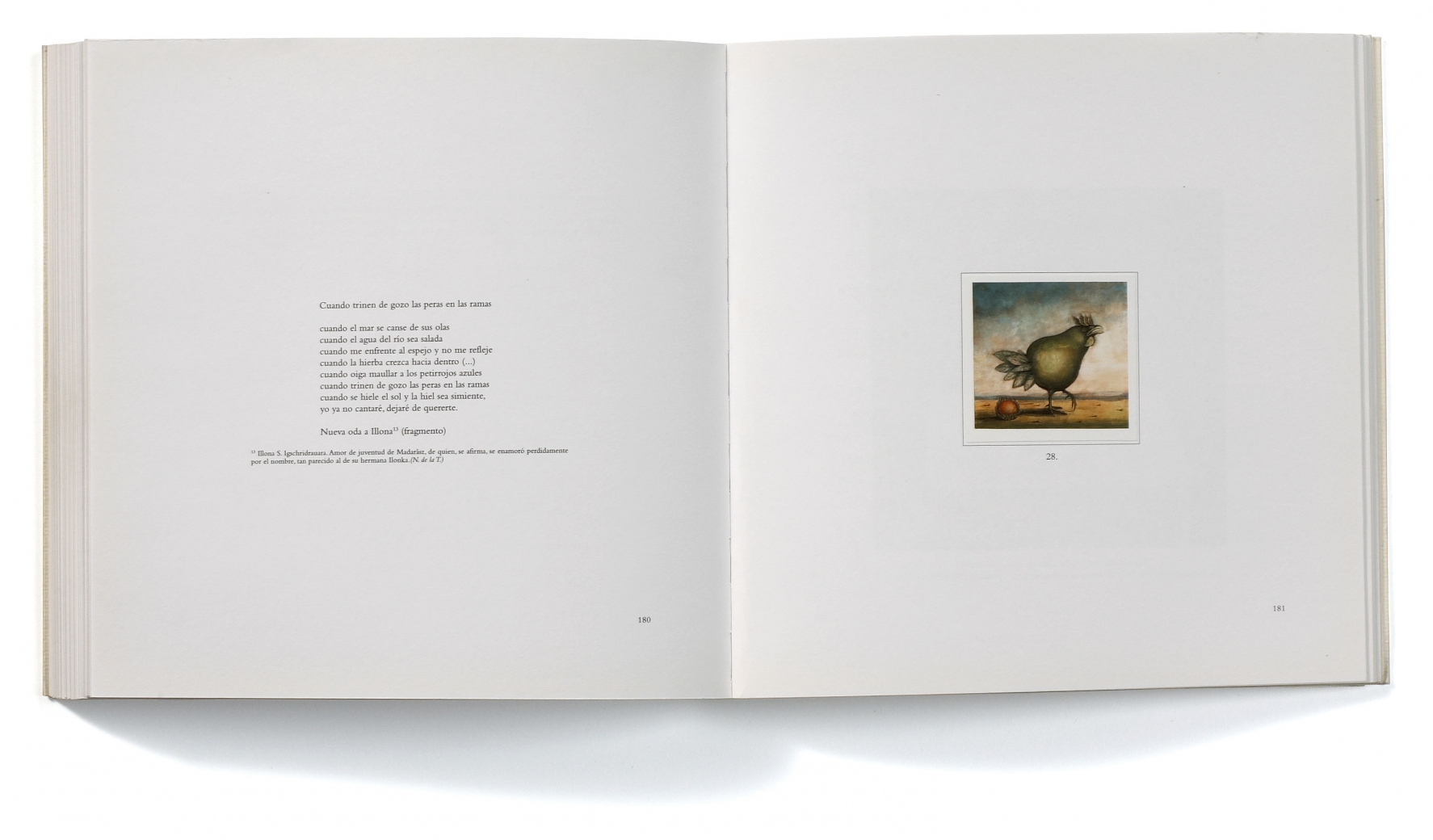