Magnificently illustrated, 'Txikichef' presents cooking as culture and entertainment, alchemy and magic. Andoni has worked as a fisherman: he has cast his nets and, in his first throw, he has caught a group of apprentices, small fishes (which, in this case, are very trustworthy) which will help him cast new haunted and charming nets, where everyone of us, big and small, will be inevitably trapped.

And the seasoning... stories and poems, sayings and riddles, the stories which were told around the hearth, lighting up again everybody's kitchen. And when we say "everybody", we remember Jangela Solidaria, the organization we collaborate with in the fight against starvation in Wukro, Ethiopia. 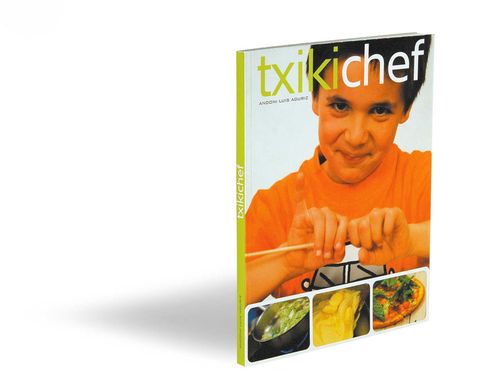