The Japanese Ministry of Agriculture, Forestry and Fisheries, MAFF, has awarded Andoni Luis Aduriz the title of "Goodwill Ambassador for Japanese Cuisine". An appointment that recognises the work of professionals who promote the knowledge and dissemination of Japanese culinary culture abroad.

Since 2015, when MAFF began awarding this title, 87 professionals have formed the panel of Goodwill Ambassadors for Japanese Cuisine, including, among others, seven Michelin-starred chef Yoshihiro Murata; nutritionist and president of the Hattori School of Cooking, Yukio Hattori; the chef of the prestigious Nobu chain, Nobuyuki Matsuhisa; Yoshiki Tsuji, president of the TSUJI Culinary Institute, the largest cooking school in Japan o From 2015 until today 87 people have been recognised by MAFF for their work in making Japanese gastronomy known to the world.

Aduriz is the third Spanish representative to receive this recognition, along with Roger Ortuño Flamerich, author of the blog ComerJapones.com and coordinator of the gastronomic activities of the Barcelona Manga Fair, and Hideki Matsuhisa, Japanese chef and owner of the restaurant Koy Shunka (Barcelona).

The culinary proposal of Mugaritz has always been very inspired by Japanese culture, from ingredients, techniques, utensils, herbs to its liquid sake proposal. There have also been many dishes that have been born from this inspiration, such as "Kagami' of pine nuts and shaved ice", "Seimaibuai creamy polished rice with mushrooms", "Temperature vs Flavour", "About Hirezake", "Black fermented rice cake" or "Roasted Mochi".

In the words of Andoni Luis Aduriz, "It is a culture that is very focused on contemplation, on the work of the artisan; they have a conception of the community that is logically linked to their own traditions. That idea that what we do now has more to do with our children/grandchildren than with ourselves. Japanese culture is a culture that is busy achieving the most finely tuned possible in any occupation. This ritual of splendour is breathed in the tea ceremony, in the concentration of the potter, in the fixation of the engineer, in the routines of the knife maker. Reiteration as a preferential, mature, almost spiritual exercise. In this exercise of constant search and inspiration, Japan became part of the imaginary of Mugaritz. And in the glow of admiration it embraced absence as a culinary technique, and temperature, time, poetry and restraint as complementary ingredients". 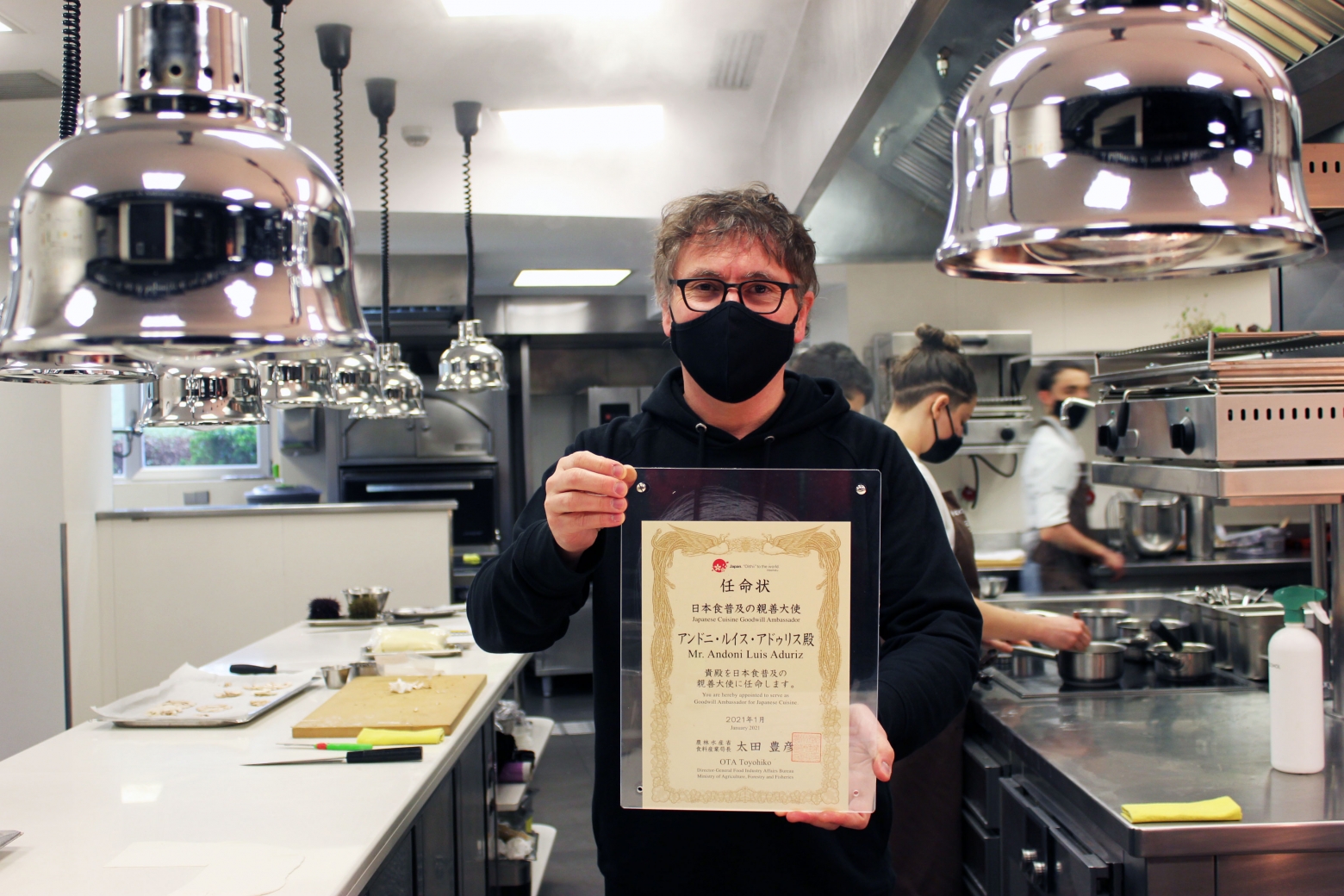